The Chengdu Research Base of Giant Panda Breeding (hereinafter referred to as the Panda Base) and the Xue Xi Qiang Guo, a platform for civic education held a New Year greeting event with all the giant panda cubs born in 2020 at the Moonlight Nursery House to celebrate the upcoming Spring Festival. Concurrently, the Giant Panda Channel constructed by the Xue Xi Qiang Guo and the Panda Base was officially launched, bringing a comprehensive and multi-dimensional giant panda cultural experience to people all over the country. On the same day, the two organizations officially awarded Li Ziqi, a short video creator, the title Panda Sister to join the effort to spread the excellent panda culture from China.

Checking out the most adorable “dumplings” on the Minor New Year’s Day: Blessings from the 2020 panda cubs at the Moonlight Nursery House

The panda cubs participating in the New Year’s Greetings event all reside in the Moonlight Nursery House of the Panda Base. In addition to Run Yue, Ai Jiu, He Hua, and He Ye who have already been introduced, younger cubs, including Jin Xi, Jin Shuang, Fu Shuang, and the pigeon pair Qiang Qiang and Guo Guo adopted by the Xue Xi Qiang Guo also made appearances. The event immediately came to a climax when the panda cubs arrived and attracted everyone’s attention.

According to Panda Base staff, the idea of ​holding the New Year’s Greetings event comes from the tradition of making and eating sweet dumplings in southern China during the Spring Festival. Associating the black-and-white coat and round body of giant pandas with sesame dumplings, they planned to bring the most adorable “dumplings” to people across the country on the Minor New Year’s Day, wishing everyone a happy new year and all the best.

In the past year, the Panda Base has achieved laudable results in breeding. As indicated by statistics, a total of 14 panda cubs have been bred in 2020, and all of them are healthy. 3 cubs born in March 2020 set the record for earliest births at the Panda Base, while Ai Jiu, born in June and weighing 219g, became the heaviest newborn cub ever recorded at the Panda Base.

On the same day, the short video creator Li Ziqi took part in the event as an invited guest and received the Panda Sister certificate issued by the Xue Xi Qiang Guo and the Panda Base. In addition, accompanied by experts from the Panda Base, she participated in making panda enrichment items and presented keepers a bowl of streaming handmade dumplings, offering New Year’s blessings to giant pandas and keepers in her own way.

At present, the Panda Base still thoroughly disinfects the facilities multiple times a day and has implemented various epidemic prevention measures to ensure the safety and health of both the animals and personnel. On this basis, the Panda Base will not be closed during the Spring Festival, and the pandas are looking forward to seeing you in the New Year. 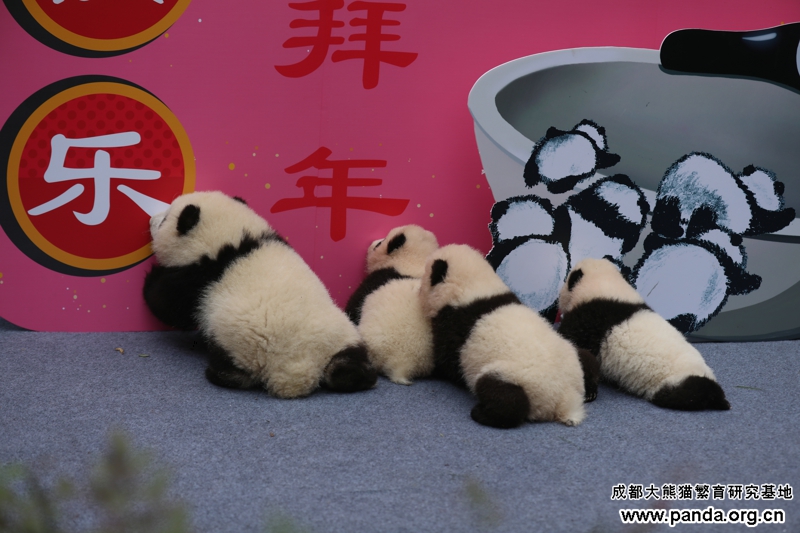 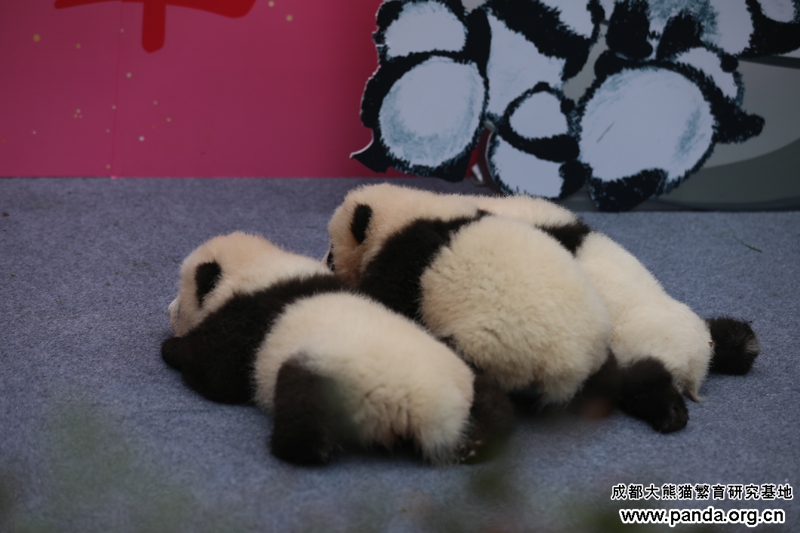 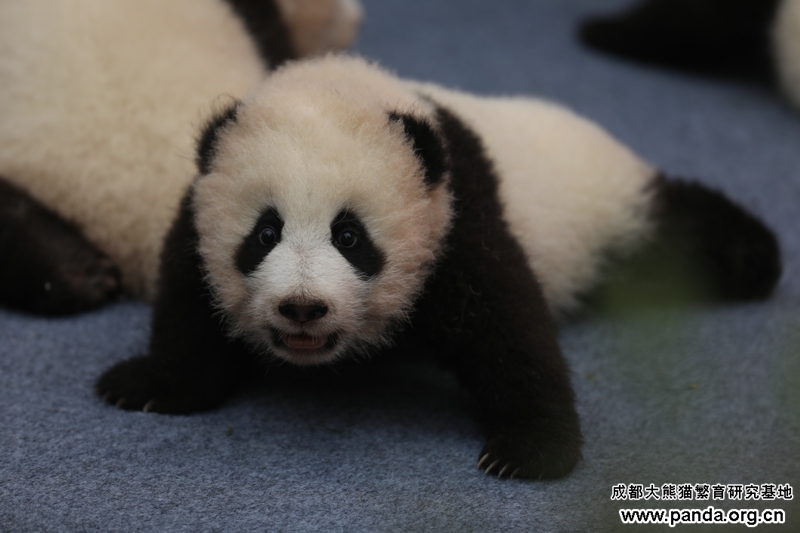 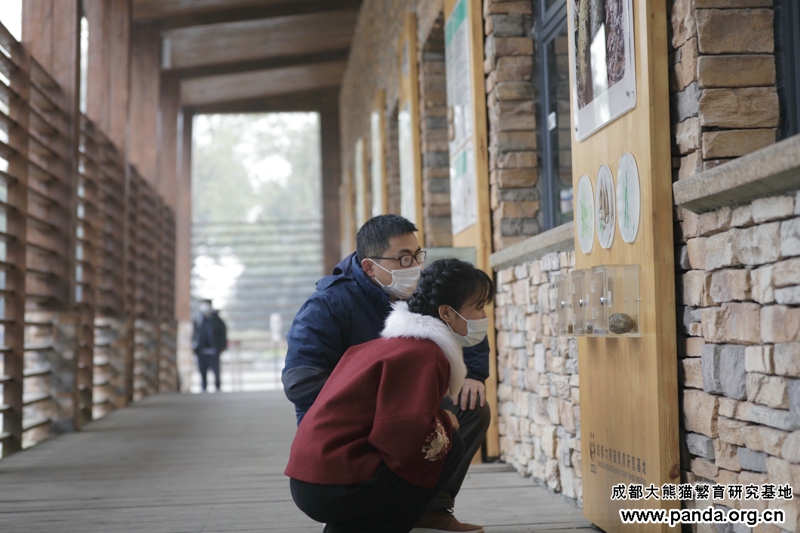 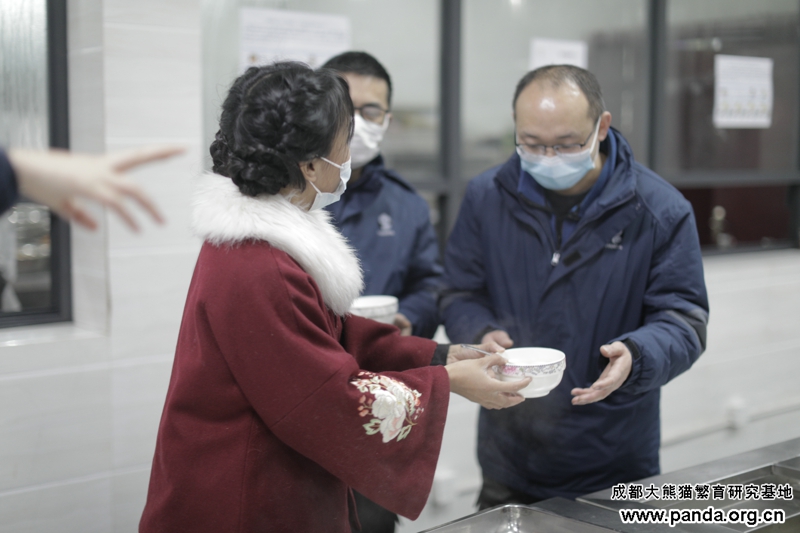 Presenting dumplings to the keepers 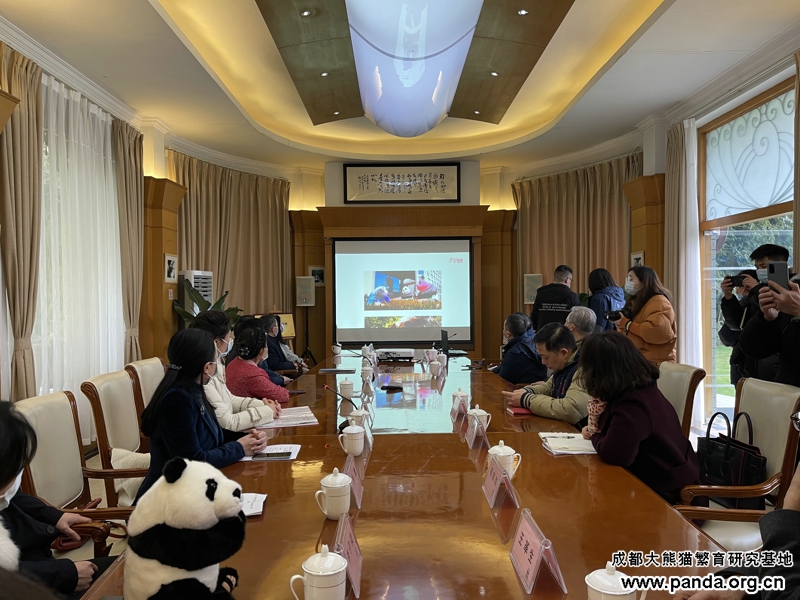 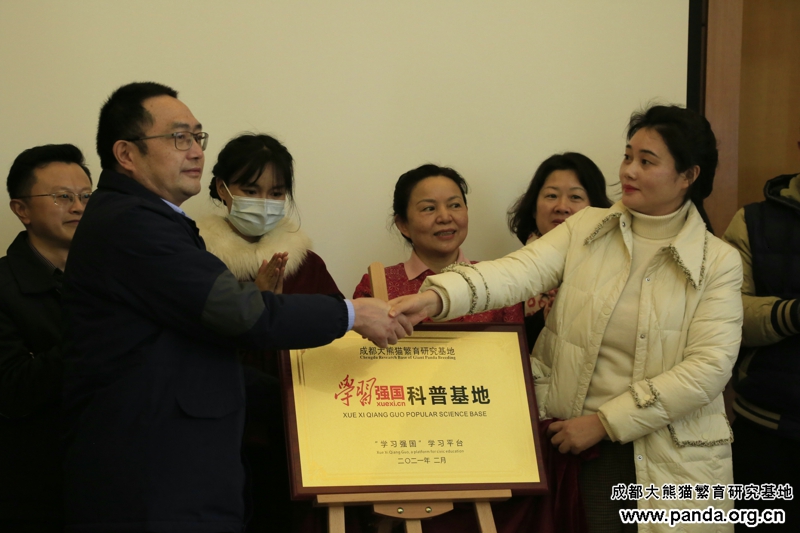 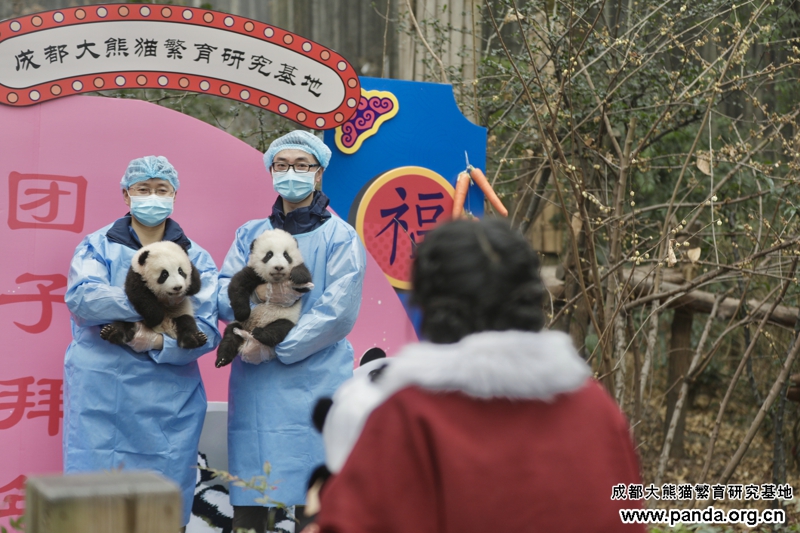 Wang Yuanyuan, Head of the Sichuan Office of the Xue Xi Qiang Guo 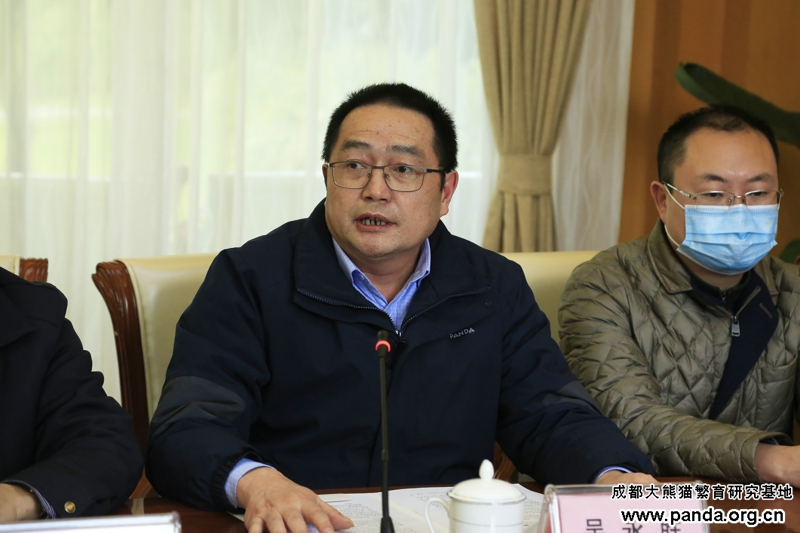 Wu Yongsheng, Secretary and Director of the Chengdu Research Base of Giant Panda Breeding A keeper showing Li Ziqi around the Panda Kitchen 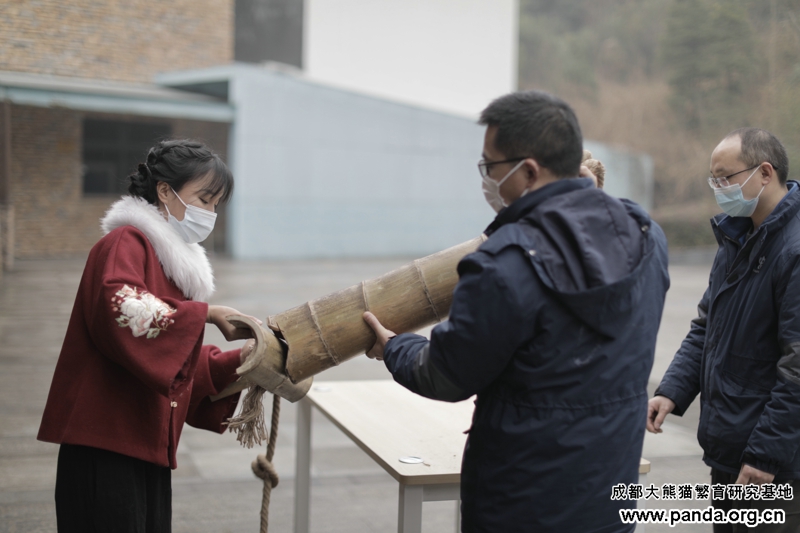 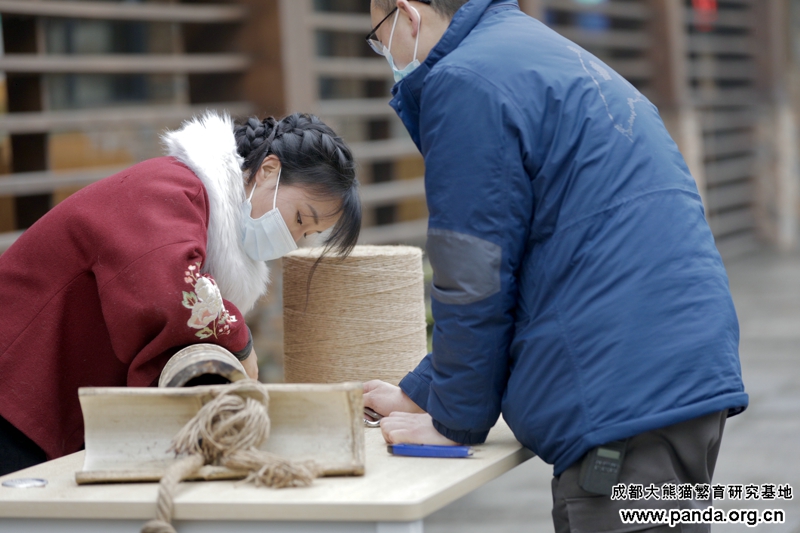 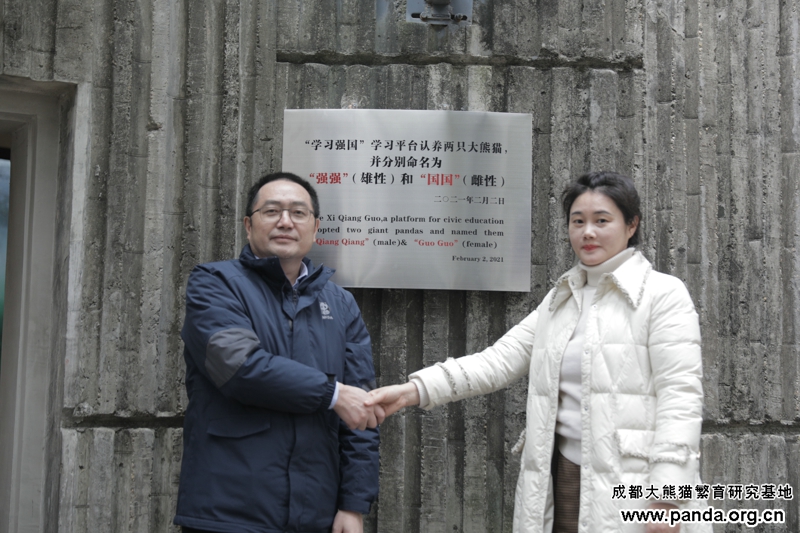 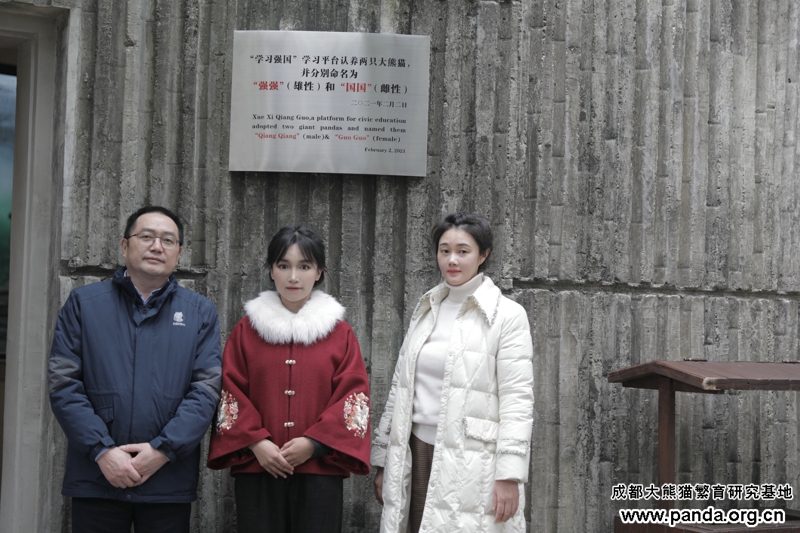 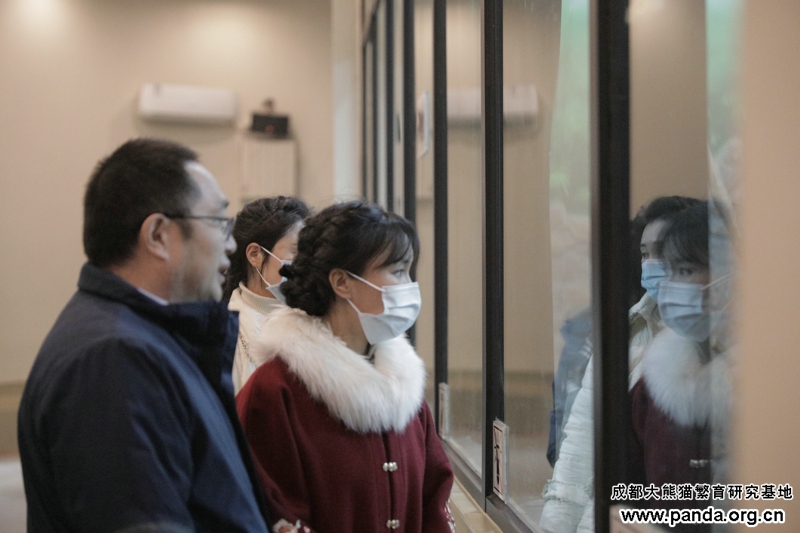