The Chengdu Research Base of Giant Panda Breeding recently launched the “Exploring the Giant Pandas Parent-Child Summer Camp” event in the Panda Valley, with 15 parent-child families participating in its activities. The first day's activity was divided into three parts: "first encounter with giant pandas", "exploring the red pandas" and "road home of giant pandas". In the "first encounter with giant pandas", the science teacher led the parents and kids to visit the giant pandas living in the Panda Valley, and encouraged the kids to be curious zoologists by observing, asking questions, thinking and discussing with their parents and peers. In particular, when visiting the ecological park of red pandas, the keepers were specially invited to carry out regular and intensive "behavioral training" for the red pandas. Through close observation and explanation by the science teacher, the kids acquired new knowledge on how to scientifically protect red panda species.

During the activity of "exploring the road home of giant pandas" where the parents and kids listened to the story of the wild-trained panda Qian Qian, they learned about the current situation and significance of giant panda protection in China, and the commitment and challenges of scientists in the research field of releasing giant pandas in the wild. In the "searching for a new home" game, the kids simulated scientists installing infrared cameras and the scenes of giant pandas encountering various survival crises in the wild. Through entertainment, the kids gained vivid knowledge on wildlife conservation.

The second day's activity comprised of three parts: "Star Pandas at the Panda Base", "Little Panda Commentator" and "I'm an Enrichment Designer". Under the supervision of the teachers, the kids visited a five-month old Panda baby, as well as star pandas such as Zhi Shi and Zhi Ma. They also learned that each giant panda has different personalities and needs, and that the Chengdu Research Base of Giant Panda Breeding needs to formulate a scientific breeding plan according to individual giant pandas and record the daily health status of each panda in real time.

In the "Enrichment Designer" session, the kids and their parents acquired new knowledge on animal emotions and welfare and the specific methods of "enrichment" for giant pandas in the panda base. Meanwhile, they were also divided into groups and designed intelligent feeding devices for giant pandas. To conclude the activity, the giant panda behavioral training expert James commented on the rich works of the kids from various aspects including safety, pleasure and operability, and the performance of each group was fully recognized by the teachers.

In the "Panda Commentator" session, the kids confidently expressed their knowledge and feelings gained in the past two days using mind maps, paintings and props. Their unique "giant panda commentary" has become a special summer camp memory for themselves. 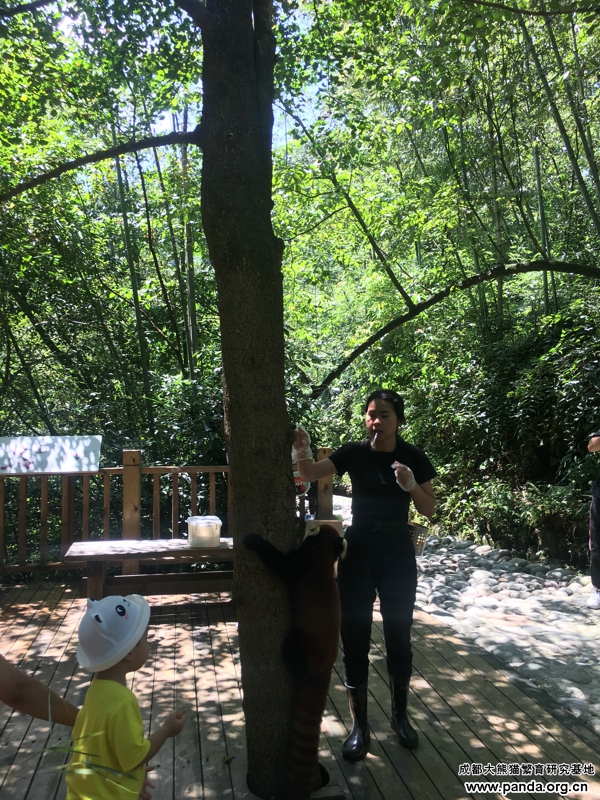 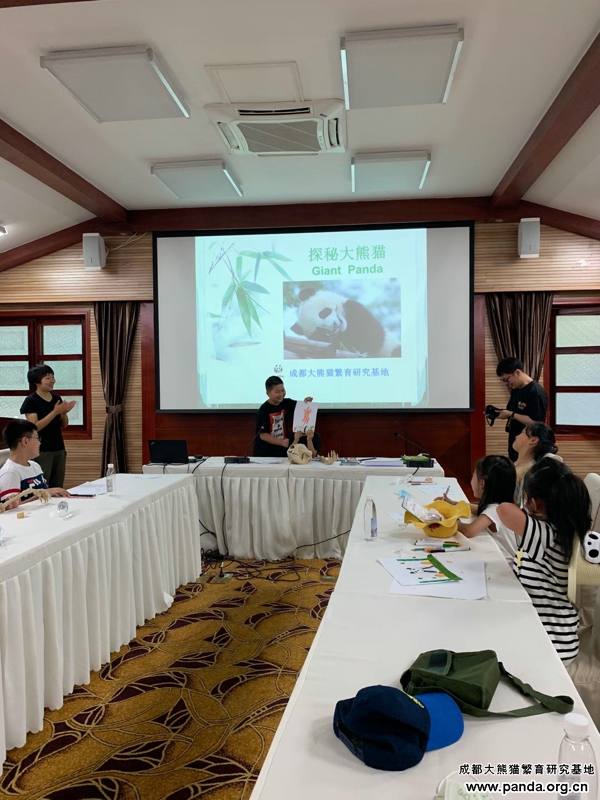 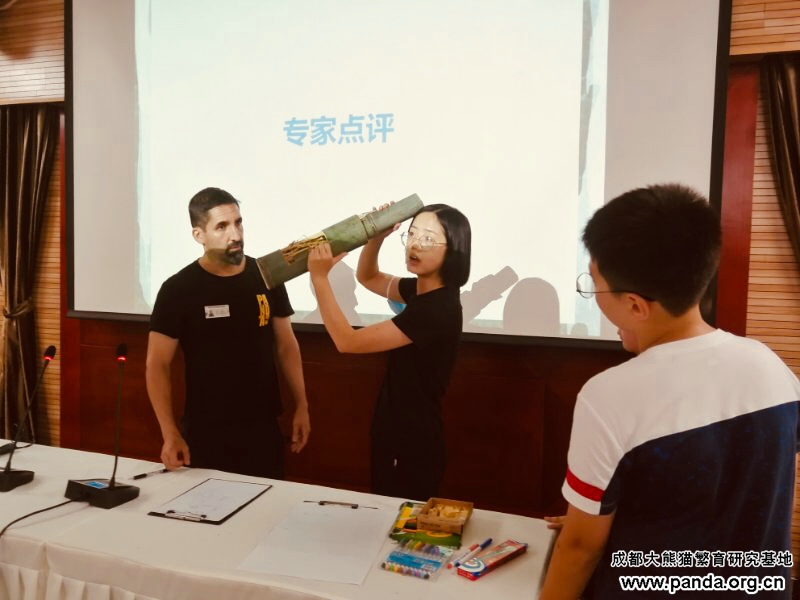 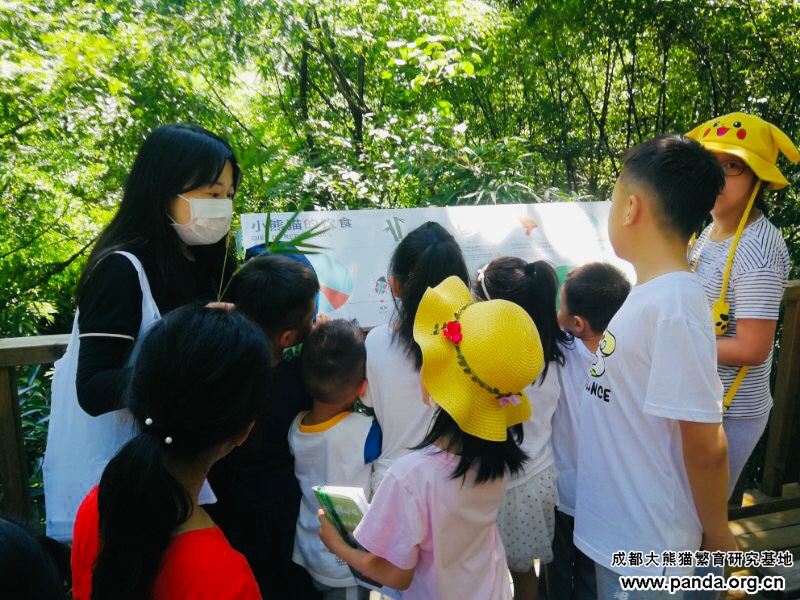 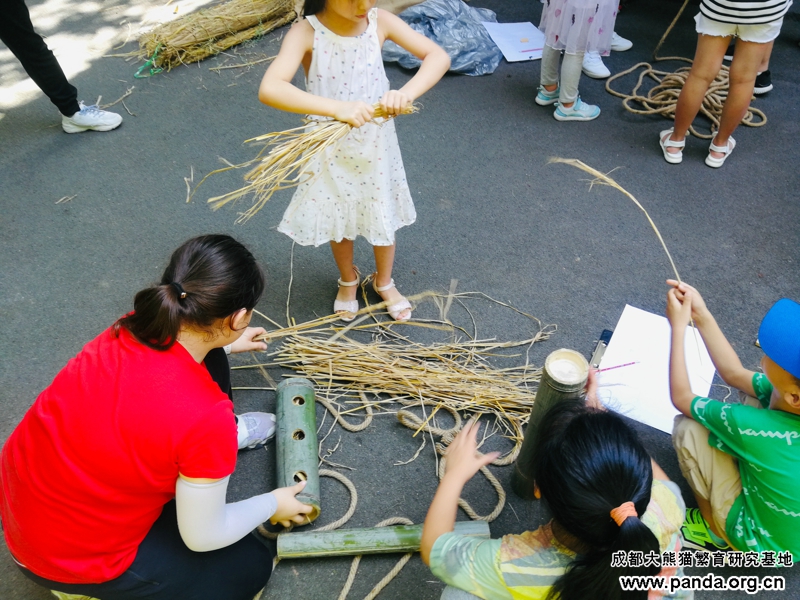