A giant panda-themed children’s musical Breaking Through independently created and produced by Chengdu Research Base of Giant Panda Breeding was recently put on stage at the ICON Theater at Chengdu Hi-tech District. Officials from relevant provincial and municipal departments attended this event, including the unveiling ceremony for the art troupe organized by the Base. Amongst them were Mr. Bao Jianhua, Deputy Director of the Forestry and Grassland Bureau of Sichuan Province, Ms. Zhang Qian, Deputy Director of the Wildlife Conservation Division of the Forestry and Grassland Bureau of Sichuan Province, Mr. Wei Xiangjun, Deputy Director of the Arts Division of the Culture and Tourism Department of Sichuan Province, Mr. Zhang Bo, Deputy Director of the Department of Rights and Interests of Sichuan with Sichuan Provincial Party Committee of the Communist Youth League, Ms. Xie Min, Director of the International Communication Division with the International Communication Office of Chengdu Municipal Party Committee, Ms. Zhou Ling, Secretary of Party Committee of Chengdu Administration of Park City Construction, Mr. Wang Dongliang, Director of the Wildlife Conservation Office under Chengdu Administration of Park City Construction, Mr. Zhang Zhihe, Secretary and Director of the Base and Ms. Duan Yingying, Secretary of the Party Committee of the Communist Youth League of Chenghua District. Leaders from renowned companies and institutions like Migu Culture & Technology Co., Ltd., Migu Music Co., Ltd., Sichuan Airlines Co., Ltd., Guobao Finance, Caoshi Sub-branch of ICBC, iPanda, cd.qq.com, Beijing Jinshang Longying Culture Communication Co., Ltd. and Golden Apple School, and Mr. Wu Changjiang, Vice Chairman of Hong Kong Federation of Literary and Art Circles as well as other renowned artists took part in the musical Breaking Through public performance.

This is the debut of the Base’s art troupe at this public performance. It intends to pass on the main idea on giant panda culture protection through various interesting originative works in addition to putting on a great show to the audience and guests.

Witty Musical, an Edutaining Feast for Both the Eyes and Ears

The Breaking Through is a children’s musical created and produced independently by Chengdu Research Base of Giant Panda Breeding, another wonderful musical drama after the all-English children’s musical Panda’s Fairy Tale. It is inspired by research conducted by the Base on the wild training and reintroduction of panda to nature. Thanks to imagination, the scriptwriter pictured the world of giant pandas and which cub they would pick for research. In the story, two special giant pandas are competing in a virtual game, during which someone who is outstanding but not appreciated by the public stands out. She unswervingly pursues her dream; challenges the established authority and sometimes has doubts. They eventually understand the growth and see beyond the tower of ivory.

The leading roles in Breaking Through are based on real giant pandas in the Base with artistic imagination and decoration while retaining some features of them. Chenglang, a cub with the lightest birth weight ever in the world, is weak and small but brave and wise; on the contrary, Aoli’ao, a lazybone and chowhound, is not punctilious but is powerful and strong as well as arrogant and kind. A warm and beautiful fairy tale world is presented to the audience by means of humanized creation and expression. With unique characters, a unique story, a breezy musical and innovative stage, musical Breaking Through stands out from the traditional children’s musical. It produces a positive and optimistic landscape full of children’s fun while spreading the culture of giant panda protection.

When the show is over, 20 child players from the Gold Apple School including provincial and municipal leaders present at this event all gathered on the stage to witness together with the audience the unveiling ceremony of the art troupe of Chengdu Research Base of Giant Panda Breeding.

The construction of Chengdu Planet of Panda and Panda Base Renovation and Expansion Project officially began on September 25, 2019. In order to promote the work in relation with scientific research and science popularization as well as cultural ecologic function in a vigorous and orderly manner, and build a “Live Together” model for harmonious coexistence of human and animals, and nature and cities, the Base firmly adheres to Xi Jinping’s thought on ecological conservation, deeply implements the strategic deployment of “one trunk with multiple branches” and “coordinated development of five districts” of the CPC Sichuan Provincial Party Committee. It continues to give priority to conservation, accelerates the construction of panda homes and practically manages giant panda conservation in accordance with the important instructions from Sichuan Party Committee and Sichuan Government on the full exploration of giant panda resources.

On the occasion of New Year, the Base’s art troupe officially makes its debut, thus writing a new chapter for the promotion of giant panda culture. 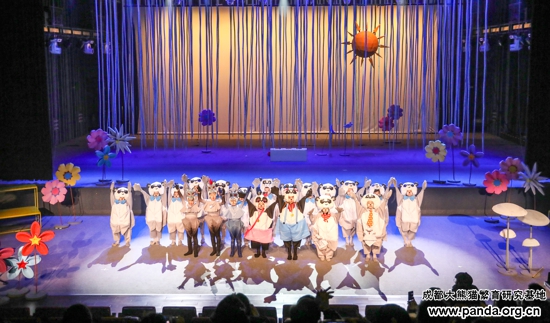 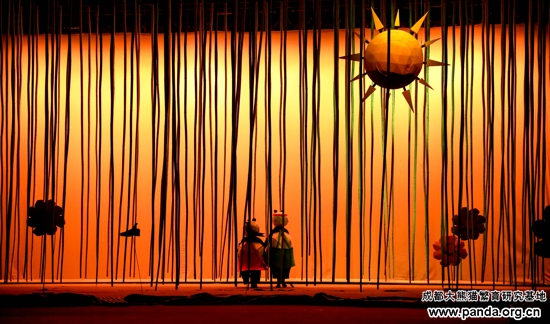 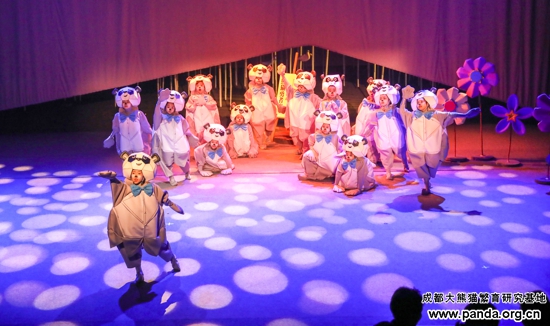 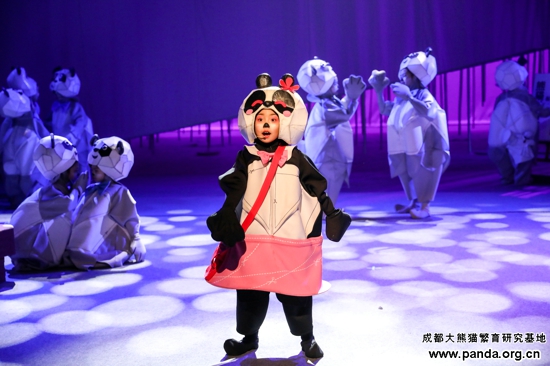 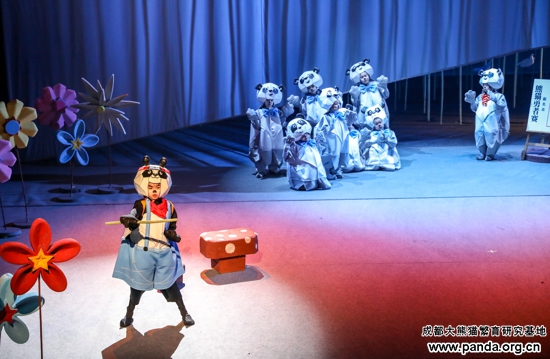 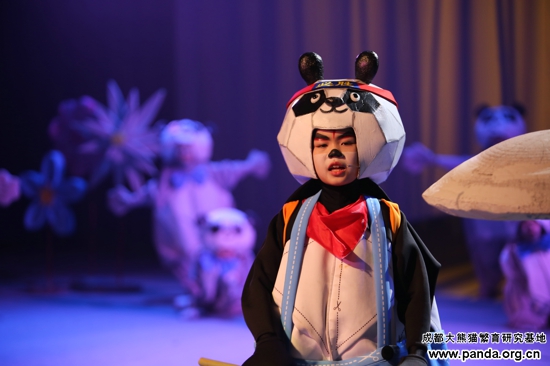 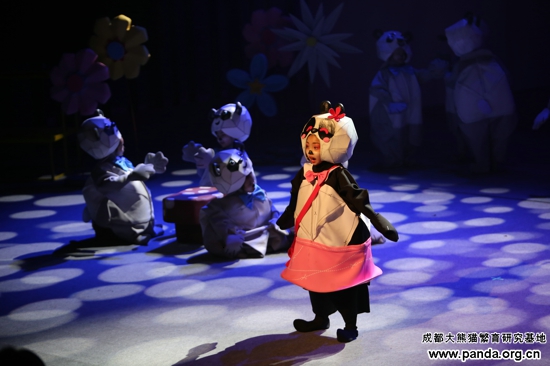 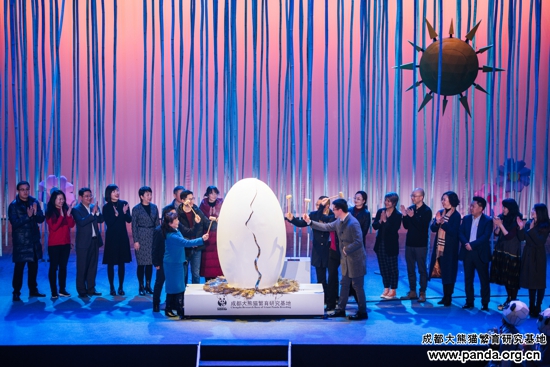 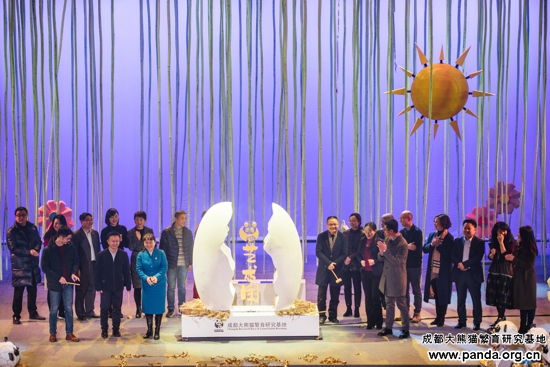