Home>News
The heaviest baby at the Chengdu Research Base of Giant Panda Breeding has been born, and the big sisters of 2020 are coming to report

The giant pandas “Yuan Run” and “Ai Li” respectively gave birth to a female panda cub at the Chengdu Research Base of Giant Panda Breeding (hereinafter referred to as “the Panda Base”) at noon on June 5, 2020. Both cubs are healthy and energetic, and both independently suck their mothers’ milk.

Accompanied by experts and keepers, the giant panda “Yuan Run” successfully gave birth to a healthy female cub at 12:32 PM, which weighed 172.6 grams at birth. “Yuan Run”, who has become a mother, displayed a strong maternal nature and quickly carried her baby in her bosom once it was born. After a while, the giant panda “Ai Li” also successfully gave birth to a female cub at 1:06PM, and the cub’s birth weight even reached 219 grams, making it a “little chubby”. Immediately after the cub was born, the mother “Ai Li” held it in her arms, displaying a strong maternal nature as well.

“Both cubs and their mothers are all in good health and there is an abundant supply of breast milk,” said an expert at the Panda Base, “’Ai Li’’s baby is the heaviest cub ever born at the Panda Base, weighing 219 grams at birth. It is very energetic and it sucked 6 grams of breast milk shortly after birth, which is much higher than the food intake of ordinary newborn giant panda cubs.”

This is not the first time that “Yuan Run” and “Ai Li” have become mothers. “Yuan Run” gave birth to a female cub, “Run Jiu”, on July 31, 2018. Since that was her first experience in giving birth, she was overwhelmed and even hurt her cub, which was named “Run Jiu” following a gash from the corner of the cub’s mouth to its chin and nine stitches. This time, the more experienced “Yuan Run” has been very careful, gently holding the cub in her arms. In contrast “Ai Li”, who gave birth to a pair of male twins, “Ai Mi” and “Ai Lun” on June 15, 2018, was a good mother and knew how to take good care of her children as a first-time mother. And this time again “Ai Li” also displayed a strong maternal nature, gently taking care of the cub.

Due to the COVID-19 virus outbreak, the Panda Base was closed during the period when giant pandas were in heat and breeding. Hence, although much work was suspended, research, breeding and other related work at the Panda Base continued systematically. It is thanks to this hard work that “Yuan Run” and “Ai Li” have successively found their own love, successfully mated and conceived, and given birth to their own cubs on the same day. So far, the Panda Base has bred four litters with five cubs in 2020, including three males and two females. All the cubs have been in good health. 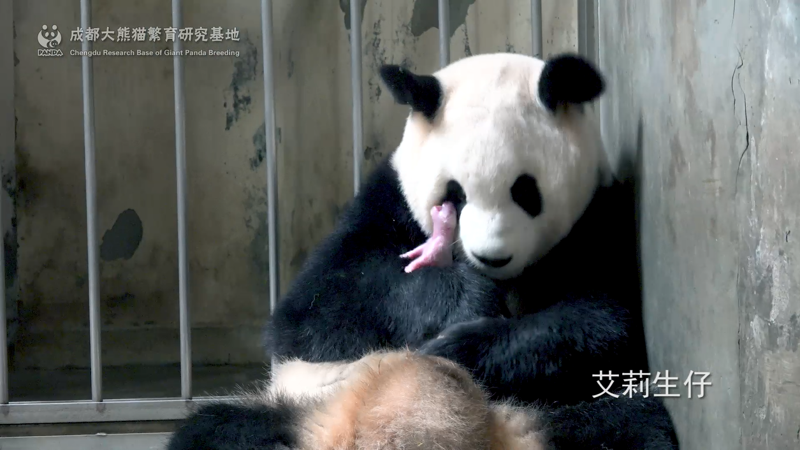 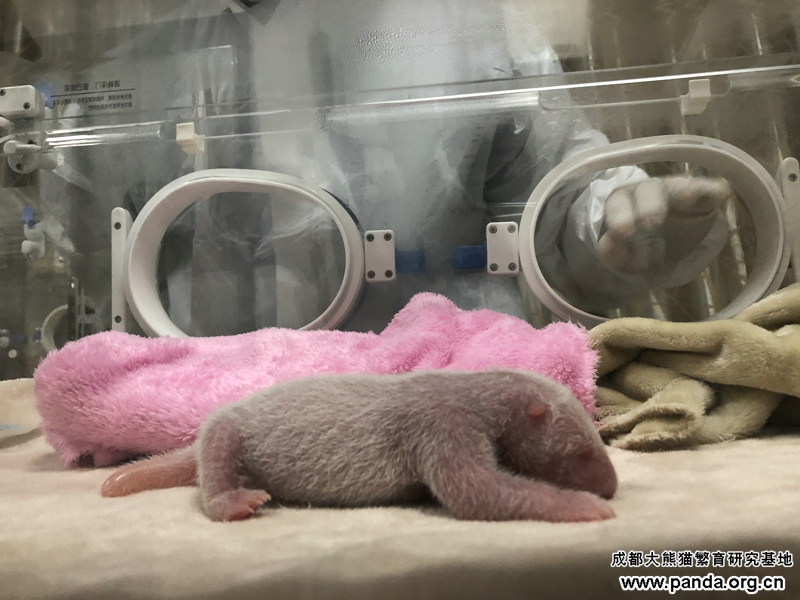 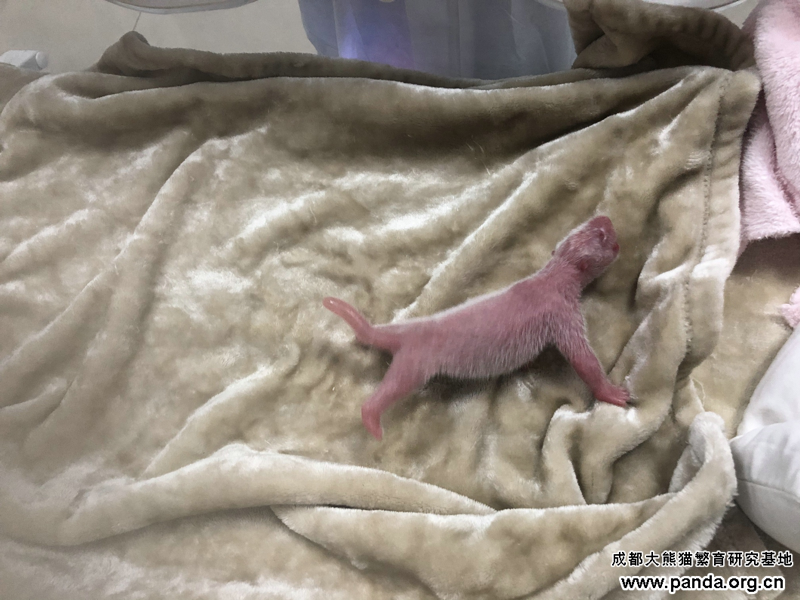 The cub of “Yuan Run”