On February 4 2020, the giant panda named Maotao (male, born on July 26, 2016) in the Chengdu Research Base of Giant Panda Breeding (“Panda Base”) suddenly developed "mucus drainage" symptoms such as energielos, crouching, inappetence and mucous stool.

In the next four days, the veterinary team of the Panda Base closely monitored his mental conditions, appetite and defecation, trying to help him consume water and regulate his gastrointestinal functions. After four days of treatment, Maotao’s mental conditions improved and he began to eat. Yet he could not defecate and even worse, he urinated less. On the morning of February 8, all of a sudden, the seriously anorectic Maotao violently vomited, disgorging foul-smelling foam liquid and food debris. Moreover, he was extremely depressed.

Noting such serious conditions, the veterinary team promptly induced him with anesthesia, examined and treated him, discovering multiple abnormal indicators. The veterinary team carried out an urgent consultation for Maotao based on existing clinical manifestations and experimental inspection results, and agreed that he most likely had an upper gastrointestinal obstruction. Considering his critical condition, the veterinary team carried out a series of more detailed and in-depth examinations on Maotao again. He was diagnosed with an obstruction in the duodenum near the pylorus.

"No diagnosis has ever been made on pyloric obstruction or duodenal obstruction of cultured giant pandas at home and abroad, and thus no experience could be referred to," said a vet of the Panda Base. To ensure success of the operation, the veterinary team assembled all relevant experts in the city with the "Green" health code to save Maotao, while fully carrying out epidemic prevention and control activities. A few experts subject to home quarantine even participated in the discussion and consultation online. Besides, surgical experts from the Nuclear Industry 416 Hospital were invited to give directives during the operation.

On February 10, with the support of surgical experts from the Nuclear Industry 416 Hospital, the veterinary team of the Panda Base successfully finished the operation by taking out the food debris and treating the duodenal obstruction." “The operation took only one hour and more, far less than the time spent on pre-operation examination, evaluation and plan discussion," said a vet of the Panda Base delightedly.

Although the operation was a big success, Maotao experienced another shock due to the metabolic disorders caused by violent vomiting prior to the operation and loss of appetite, especially the serious metabolic alkalosis. In such a crisis, the veterinary team of the Panda Base organized another urgent consultation. After 36 consecutive hours of treatment, the safety alarm on Maotao was finally lifted. He returned to life. "We fought for more than 30 hours in a row, till Maotao recovered from the shock safely. No one had even a short break in the process," said an emotional vet who participated in the operation.

Fearing that he would scratch the wound and cause wound infection and eventually failure of operation, the veterinary team and nursing workers of the Panda Base gave Maotao the round-the-clock intensive care and follow-up treatment after his rescue. " After the operation, Maotao behaved so well. Every time he wanted to scratch his wound, I would call out his name and he would take a look at me. Then he refrained from the desire," a feeder told the reporter. "He has now basically pulled through, and starts to eat bamboo shoots, not bamboo powder or nutrient solution any more. He defecates well too, discharging 23 kilograms or so a day," the feeder added, with a smile, looking at Maotao swallowing bamboo shoots.

After 36 hours of emergency treatment, with help of the vets and nursing workers, Maotao overcame the disease and began a new life. Everyone is so relieved to see Maotao gradually regaining his health. The success of this operation not only saved the life of a giant panda, but also improved the theoretical system of disease treatment of giant pandas, providing a successful example for the treatment of such a creature. 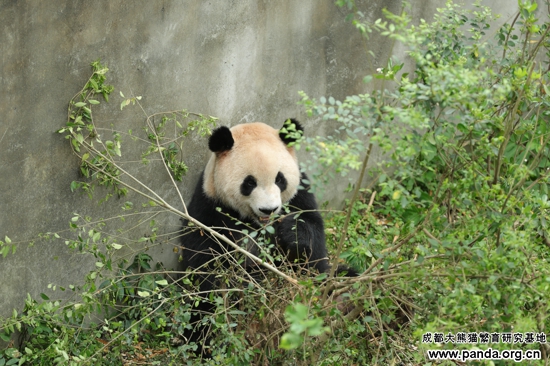 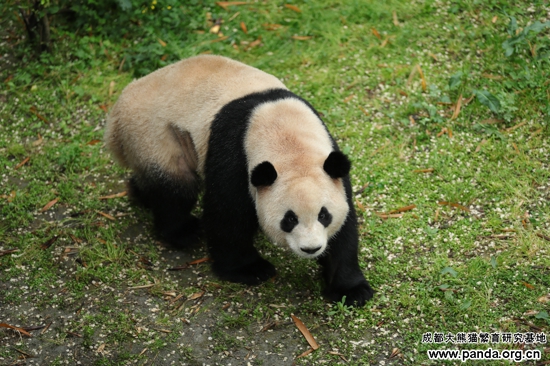 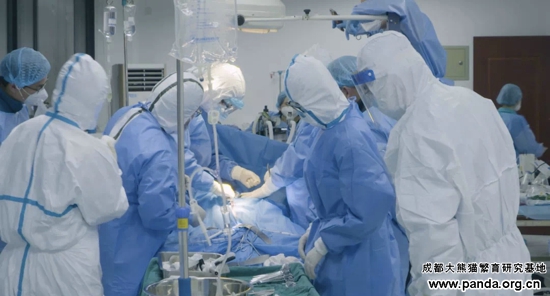 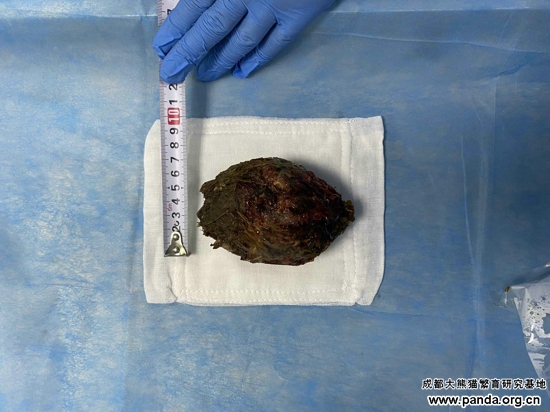