On June 24th, 2017, according to arrangements of the central government, “Meng Meng” and “Jiao Qing”, two giant pandas from Chengdu, departed from the Chengdu Giant Panda Research and Breeding Base (the Chengdu Panda Base) to the Zoologischer Garten Berlin, officially launching the international giant panda scientific research cooperation between China and Germany. 2017 marked the 45th year since the establishment of diplomatic relations between China and Germany. President Xi Jinping attended the opening ceremony of giant panda pavilion of the Zoologischer Garten Berlin and delivered a significant speech “The restart of giant panda protection research cooperation between China and Germany is of great significance. Diplomatic relations depends on the friendship between people from both countries. It’s hoped that “Meng Meng” and “Jiao Qing” will bring us closer and become new ambassadors representing the friendship between people from both countries”, he said during the speech. Now “Meng Meng” successfully gave birth to the cubs, serving as strong evidence of new developments in the friendly relationship between China and Germany and launching a new chapter of giant panda scientific research and protection cooperation between the two countries.

As the researchers monitored a continuous increase of hormone in “Meng Meng” since August, the Chengdu Panda Base immediately sent two experienced giant panda breeding experts to Germany to make urgent short preparation for the delivery and care of panda cubs. On the evening of August 30th Beijing Time, “Meng Meng” showed antenatal behaviors by frequently walking and showing fidgets. Expert teams from the Chengdu Panda Base and Zoologischer Garten Berlin immediately paid close attention to “Meng Meng”, and the Chinese breeding experts even stayed 24 hours at the Zoologischer Garten Berlin waiting for the delivery of the panda cubs. At 22:20 p.m. on August 31 Beijing Time (16:20 p.m. on August 31st, Berlin Time), “Meng Meng” experienced broken water and uterine contraction. At 00:52 a.m. on September 1st Beijing Time (18:52 p.m. on August 31st, Berlin Time), she gave birth to a cub weighing 186g, and then at 01:43 a.m. (19:43 p.m. on August 31st, Berlin Time), gave birth to the second cub weighing 136g. This is the first-time of “Meng Meng” as a mom, and she demonstrated good maternal behaviors. After the cubs were born, “Meng Meng” immediately held them in her arms and licked them with her tongue, and the two cubs successfully got breast milk. Currently, the Chinese and German breeding teams are making coordinated efforts and carrying out close cooperation by taking specific measures according to the conditions of the cubs. The two cubs are in the nursery box and in the arms of “Meng Meng” as the experts in turns carry out real-time monitoring of various indicators. 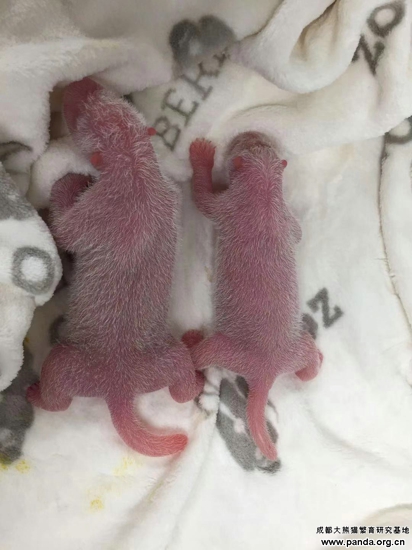 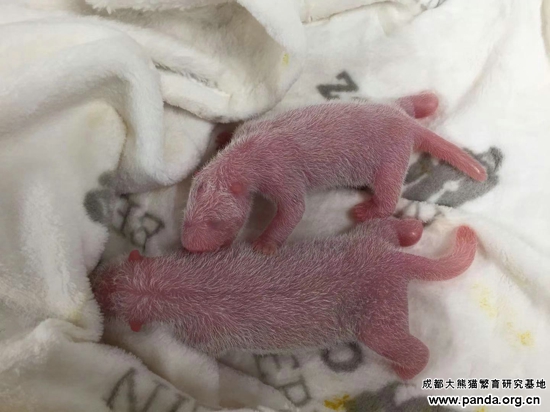 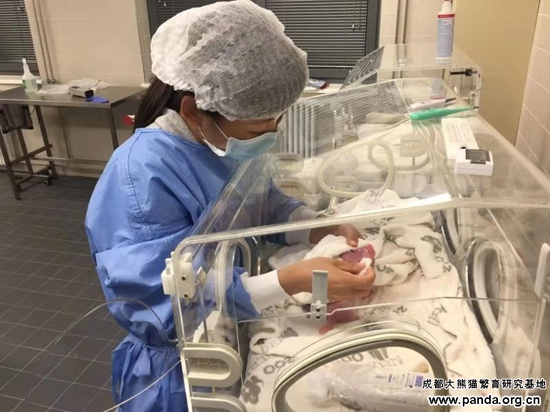 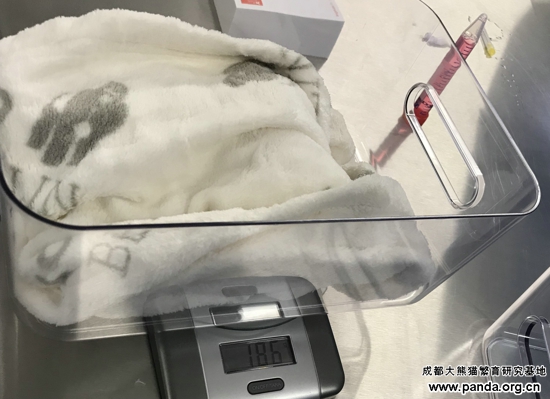 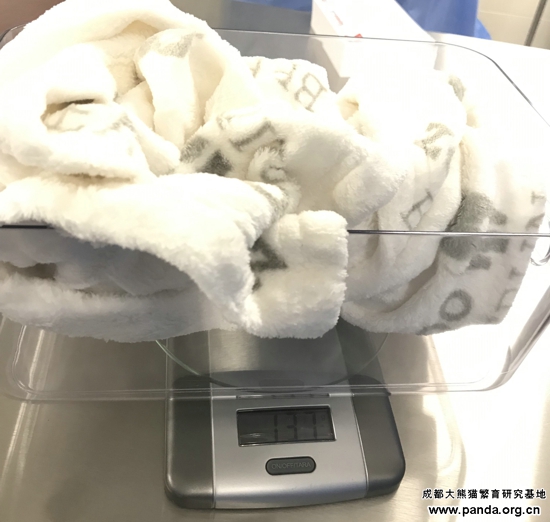 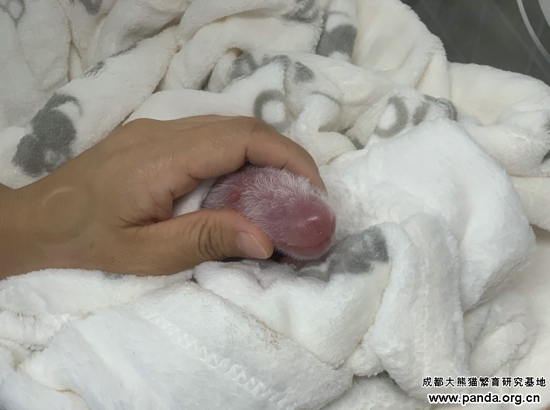 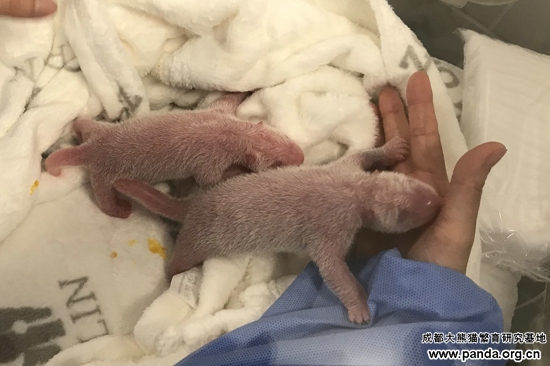 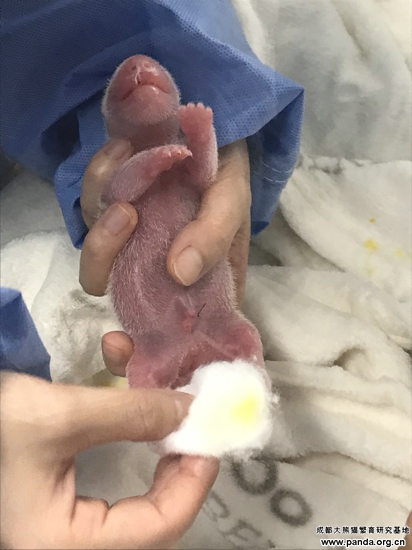