The Experience Camp attracted 32 students from 20 universities across the straits and from abroad. When they arrived at the Panda Valley, the students paid visit to the giant panda enclosure and the stocking area of lesser panda successively. Through the illustrations by the staff, the students understood a great deal of knowledge about the living habits and behavior of giant panda. The students later attended a special lecture on the National Panda Park at the Giant Panda Protection and Education Village. Teachers from Anzihe Natural Reserve also shared some anecdotes about animal protection and science popularization in work. The students benefited a lot and expressed their sincere gratitude to the millions of staff who engage in animal and plant protection quietly. Lastly, all participants attended the camp’s opening ceremony in the metasequoia forest of Panda Valley. The students exchanged gift at the ceremony and put on their own show, which puts a happy ending to the opening ceremony and beginning the journey of nursing event.

This experience camp event is themed “Visiting Giant Panda, and Touring Sichuan”. There is hope that this event will give play to the role of Chengdu Giant Panda Breeding and Research Base as a platform for cross-straits exchange, bring closer the cross-straits relationship and the relationship between Sichuan and Taiwan through the giant panda, enhance the mutual understanding and friendship between cross-straits students and build up the identity of Taiwanese youths for the mainland. What we see during the visit to the panda is not only the endeavor made and result achieved by the motherland for giant panda protection and ecological protection, but also human being’s high degree of recognition on the aesthetic value, ecological value and cultural values against giant panda. Giant panda as the most highly-recognized Chinese unique ecological protection and cultural symbol in the world will pass on the hope of Chinese nation to devote in building a human destiny community to the world. 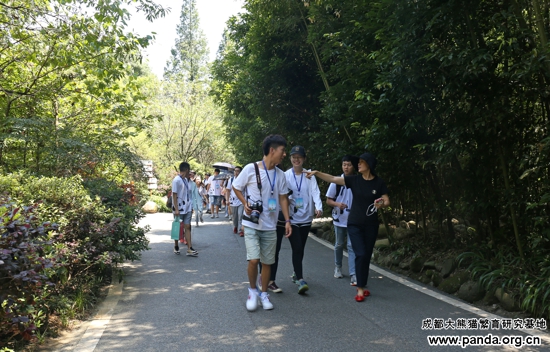 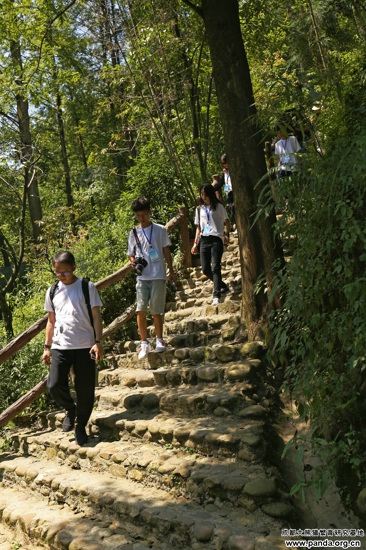 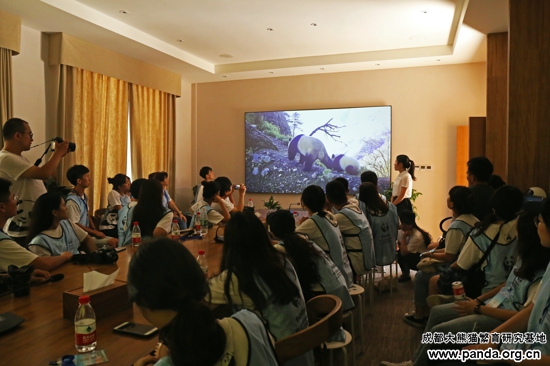 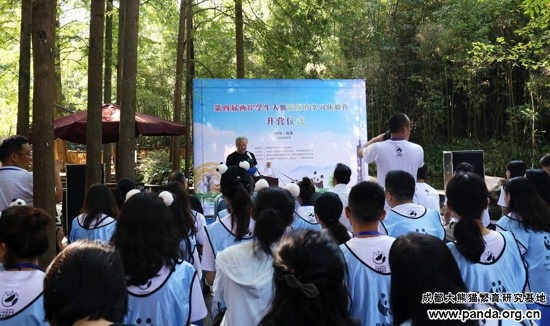 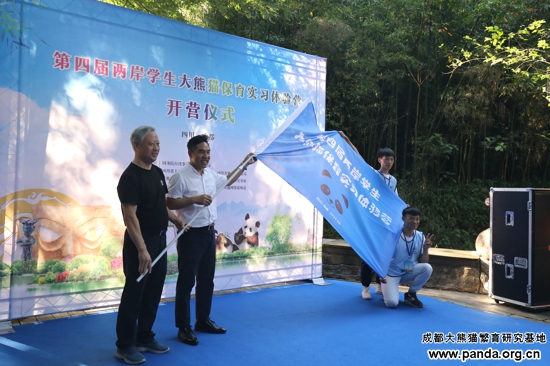 Handing the Camp Flag over to the Student Representative 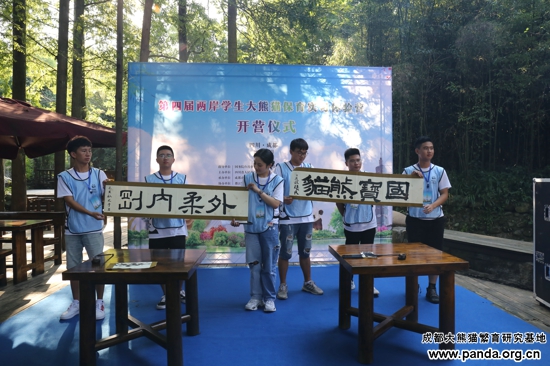 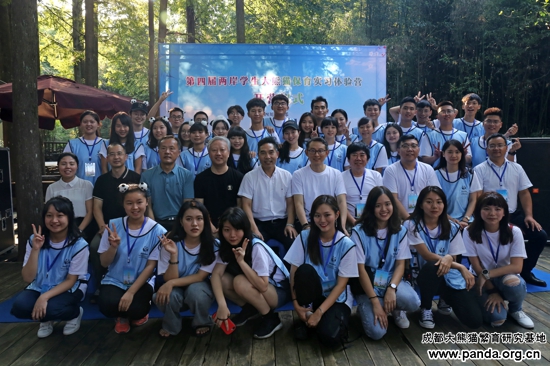